At 3 o’clock in the afternoon of Friday the 6th of January 1899 the engineering works at Barking was destroyed by a massive explosion. Nine people died instantly and many others were injured, two fatally.

The explosion occurred in the auxiliary boiler, completely wrecking the whole works, with “portions of iron plating and pipes hurled hundreds of yards.” The boiler had originally been fitted in one of the steamers and had been transferred to the works in Fisher Street where it had apparently worked well. The explosion also caused a tall chimney to collapse onto a workshop. 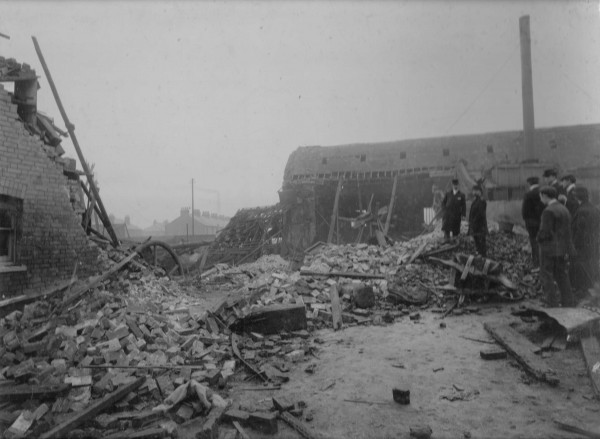 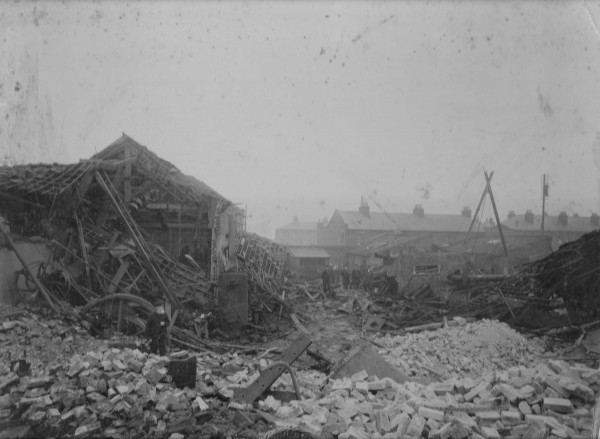 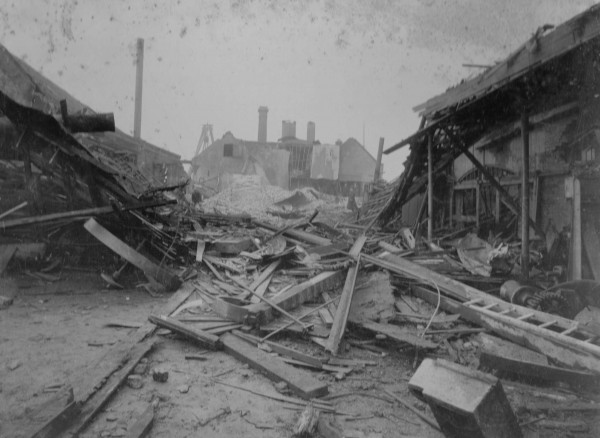 The Official Enquiry of the Board of Trade, which took place in Barking in March 1899, heard evidence that the explosion had occurred as a result of over pressure in the boiler. They examined details relating to the pressure in the boiler and Mr K.E.K. Gough, who appeared for the B.O.T., said that the only persons he could suggest as being responsible for the accident was the Company themselves.

The Commissioners concluded that the explosion occurred as a result of overpressure of steam in the boiler. This overpressure had been caused by the safety valves on the boiler being screwed down so tightly that the steam had not been able to escape and had therefore accumulated in the boiler until it exploded. The Commissioners held Messrs Hewett and Co responsible for the explosion as they said that they had failed to appoint properly qualified managers at the works. The General Manager was a man called Donald Gordon, and although he was not directly responsible, he shouldered a lot of the blame. It is surprising that he was considered to be not properly qualified because he had first worked for the company at sea on one of the first steamers in 1872, and had worked ashore since 1873 in the works at Barking; indeed he oversaw the construction of the works in 1873 some 26 years prior to the explosion. The Company were ordered to pay half the cost of the enquiry which was estimated to amount to £250.

The explosion had very serious consequences for the Company. The insurance company claimed that the particular circumstances of the explosion were not covered in their policy, which left the Company to cover all the costs and claims for damages. The Company were at that time already overstretched financially due to the losses incurred at Shadwell and the purchase of a large number of smacks at Gorleston. Shadwell was quickly sold to the Corporation of London in the autumn of 1899. The fleet continued fishing as before until 1901. During 1901 there was a long strike in the fishing industry when the crews demanded higher wages and it would seem likely that this dispute was the final straw for the fleet.

“On a cold windy day in 1901 the famous Short Blue Flag fluttered down from the masthead of the Admiral’s flagship for the last time. The huge fleet of smacks lay moored at Gorleston quay for a year or more, many were broken up, some were sold foreign, mostly to Dutch, Belgian or Norwegian owners, and a few of the best were converted into ketches for the coasting trade. This closing down was a bad job for Yarmouth and it caused a great deal of distress and trouble, a large number of the crews left and went to Hull and Grimsby.”

The steam trawlers were also put up for sale. In August 1903 the Hewett, Lord Alfed Paget, Bridesmaid, Ladylove and Euphrates were put up for auction, but failed to attract a single buyer.